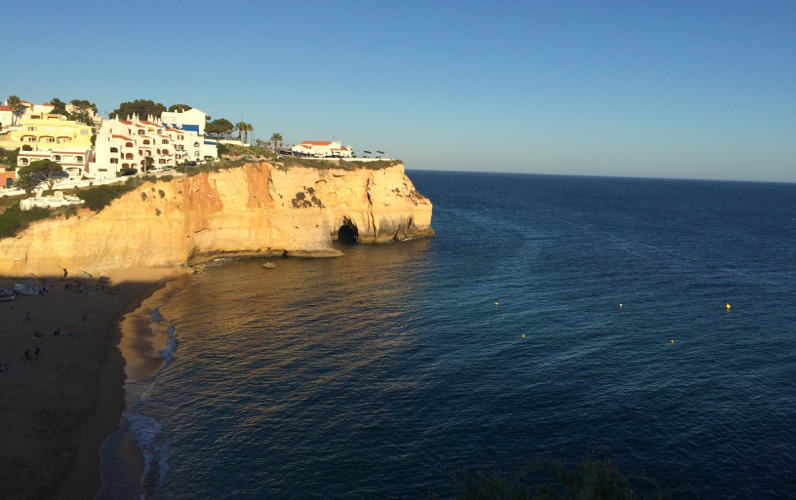 Recently voted as Europe’s Best Beach 2018 by European Best Destinations and what better way to celebrate than looking back on my time there.

Located in the Southern region of Portugal, it is surrounded by so many other, equally beautiful places to visit. To the West you can venture to: Ferragudo, Portimão, and Lagos. To the East, Armação de Pêra, Albufeira, Quarteira and Faro. It is a real mix along the Algarve coast, some towns more vibrant than others and some much quieter and more relaxed. There are a wide array of colours, smells, sounds and experiences to be lifted from the words on this screen and into your imagination. From the sounds of the rushing waves to the neutral white and terracotta houses and shops, each place you look at, has something else to offer.

That is only the beginning, the town is very open, almost barren and a little hilly. Coming from a major city like London is deeply refreshing because there aren’t many people, vehicles or high rise buildings crammed into tight spots. There are painted electrical boxes which provide the town with a splash of colour. #CarvoeiroBoxes. Each electrical box is different from the last. It almost became a game to see how many we could spot whilst we were there. 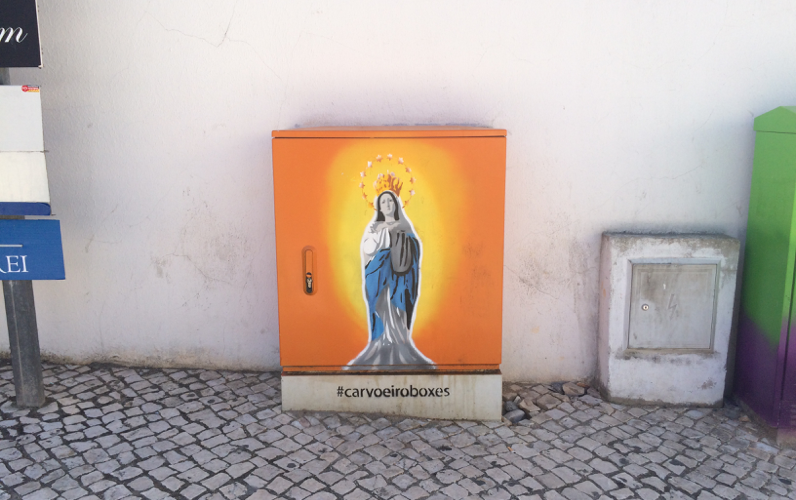 Responsible for this amazing street art is a man called Phil Francis. It really adds something different to something so ordinary. In addition to the Carvoeiro boxes, dotted around the town are these beautifully hand-crafted mosaics, also known locally as Azules (blue tiles). Each tile has been individually painted and whilst there are a few in Carvoeiro, you can find even more in Porto. Look out for a blog post soon. 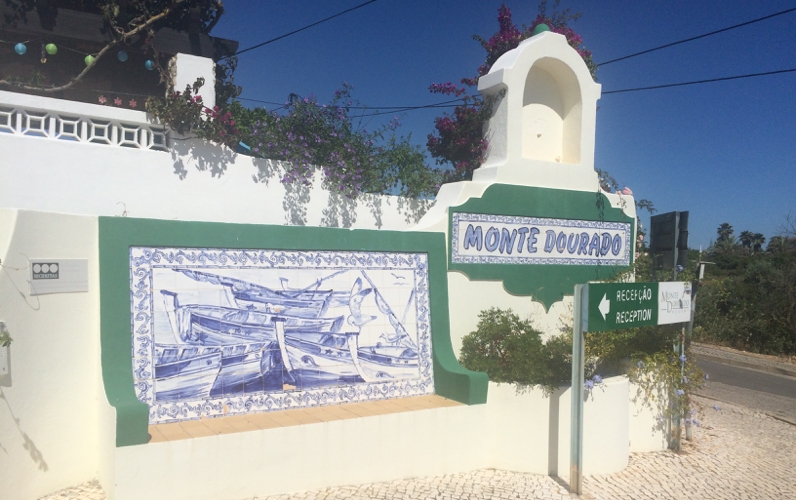 Cork is something that also seems to feature heavily here. I’m not just referring to cork in wine bottles, it is also used for almost anything you can think of! Wallets, bags and shoes for example. It doesn’t feel too different to the feel of leather. There are dedicated cork shops which you can find in town. It’s something that is different but definitely local!

The locals are friendly, open and generally laid-back, speaking a mix of Portuguese, Spanish and English. Travelling in early June meant that we got to experience the calm before the storm of the summer season peak travel months. Touristy in places yes, but not overruled by them. (This was back in 2016, it could have changed since then now that the secret is out).

Praia do Carvoeiro is the main beach and is quite small in comparison to others along the Algarve coastline. It is not a pure sand beach so wearing your havaianas is advised! There are a few things that you can do whilst at the beach, from going on a boat tour to having a meal overlooking the Atlantic Ocean, to enjoying the free black and white night party normally held in June. Of course the best things are relaxing in the sun and going for a dip in the turquoise-coloured water to cool down! If you’re lucky, you might even see some marine life. 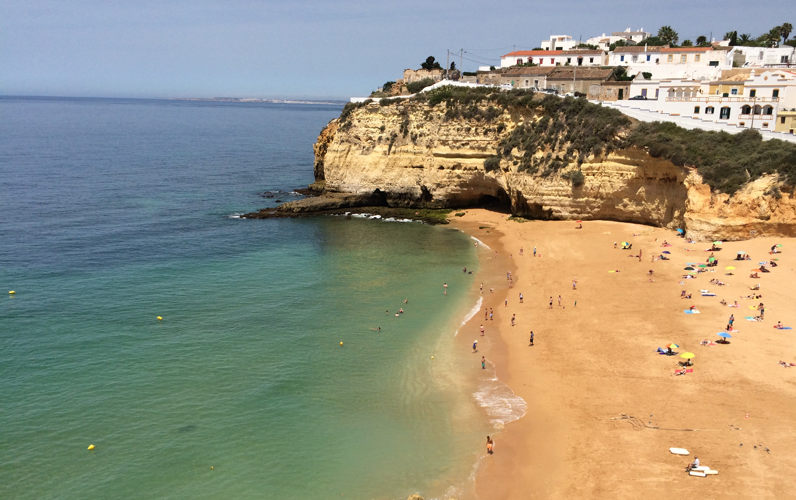 Whilst in Carvoeiro, you should definitely check out AlgarveSUP. They offer paddle boarding tours and there are various points along the coast to start a tour from. We elected to start ours from Armação de Pêra, as it was another town we had yet to visit. Even if you have never done paddle boarding before there’s absolutely nothing to worry about, the tour guides make you feel safe, you’re given a life jacket and it is an amazing way to explore the coastline. The beach in the image below for example, is only accessible by boat or paddle board. A. Hidden. Gem. 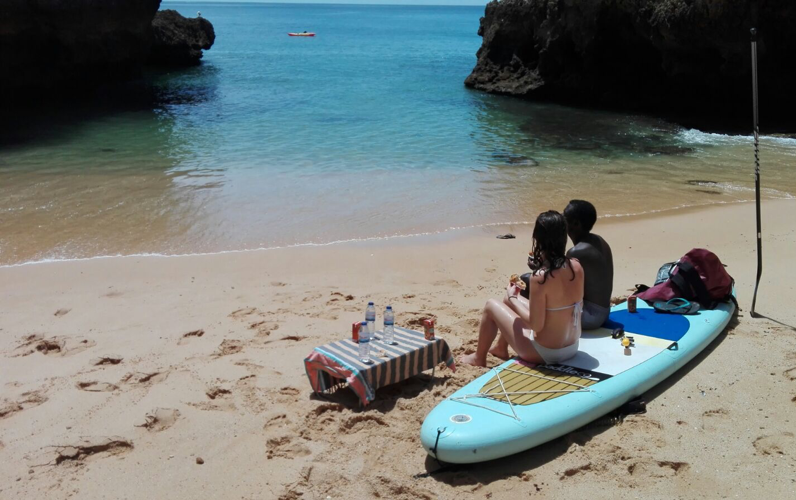 Our guide Nick, was great, a very open, patient and kind person who gave us the rundown on Portugal and some life advice. It felt like talking to a long-term friend. The best part of the paddle boarding tour was the mini picnic that we had on the beach. It really is the little details that count. If the waves aren’t too choppy and you get the chance, take the paddle boarding or dedicated boat tour to Benagil cave. You will not be disappointed. It is a remarkable cave that has a beach and when one looks up, you can see the sky through an oddly formed hole out of the top of the cave. 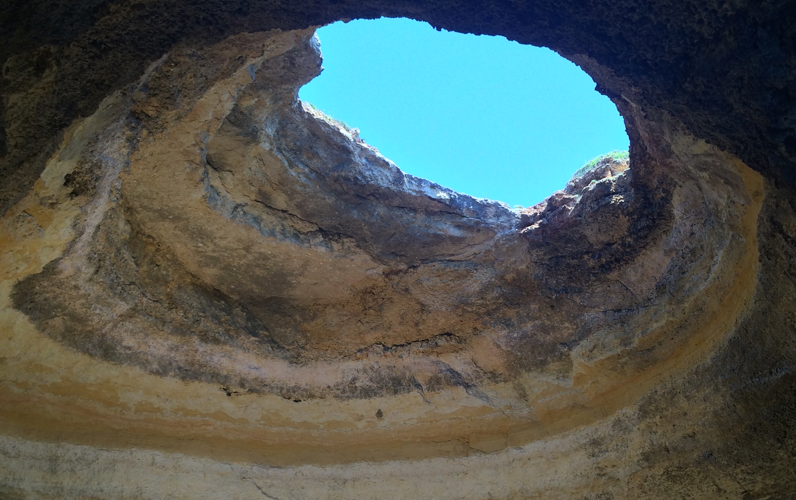 Benagil cave is easily one of the most remarkable caves that I have ever seen but it certainly isn’t the only cave in the area. A boat tour will help you discover some of the other caves which have been given names because of their characteristics such as, Love and Devil’s Eyes. I even remember our guide pointing out the outline of a rock-shaped crocodile.

Staying on the theme of rock-shaped animals, you should really take a visit to Praia da Marinha. It is arguably one of the most beautiful beaches in the world. We happened to visit the beach on our boat tour and were greeted with an elephant-shaped rock standing tall. It is really worth a visit. 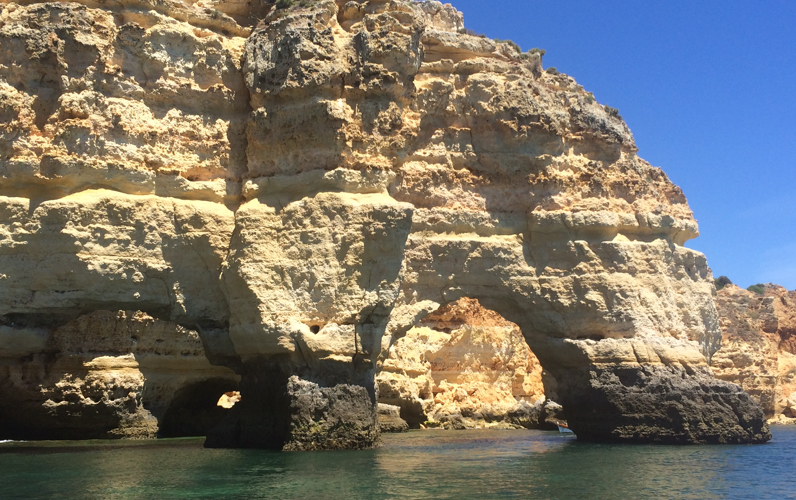 One thing that I’ve noticed in Portugal is that they have these walkways that stretch for miles and miles along the coastline with various maps and vantage points along the way. 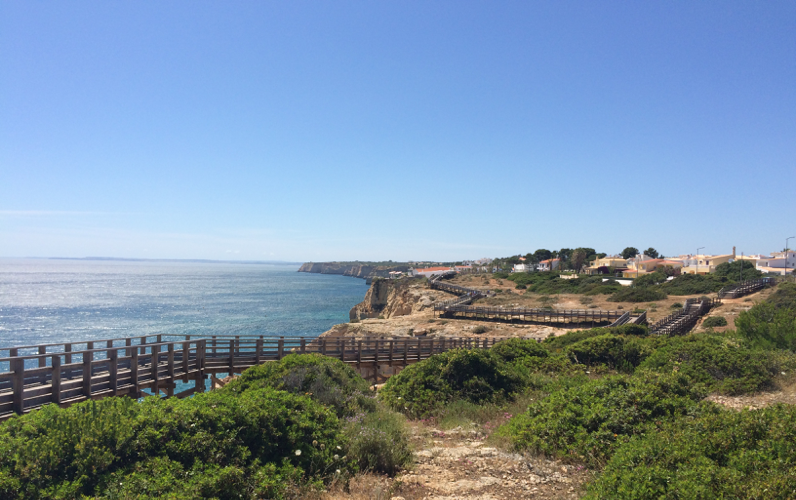 If you happen to get bored of sunbathing, the walkways are a nice and free method of exploring not only the town that you’re in but also neighbouring ones. This is how we discovered Boneca Bar. Not only do they serve tasty and affordable food, the restaurant is actually set in the heart of the Algar Seco rocks with an incredible view of the Atlantic Ocean. 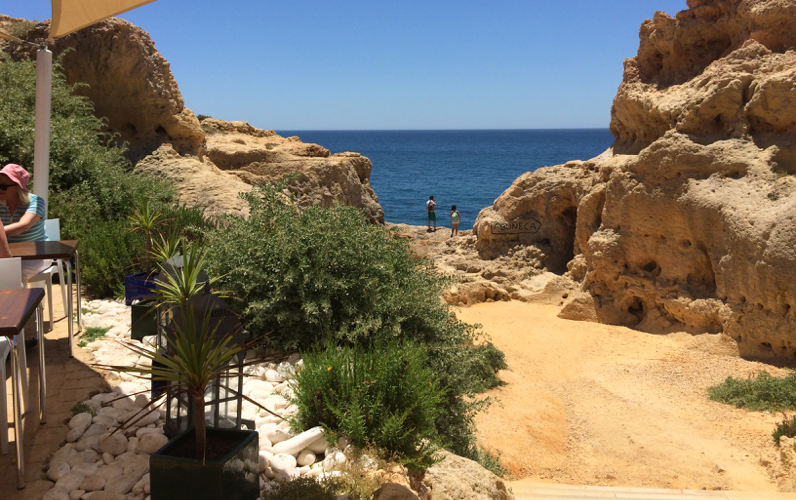 On one of our many walks, we stumbled across a really steep drop with some stairs that lined the rock edge. If you’re brave enough there are a few ledges that you can jump off from and go for a dip which is quite refreshing when temperatures in June were averaging low to mid 30’s. Just be careful and definitely watch out for the crabs and sea urchins!

One final hidden gem that I will leave you with is a beach right next to Praia do Carvoeiro. It’s an even smaller beach called Praia do Paraíso (Paradise Beach). 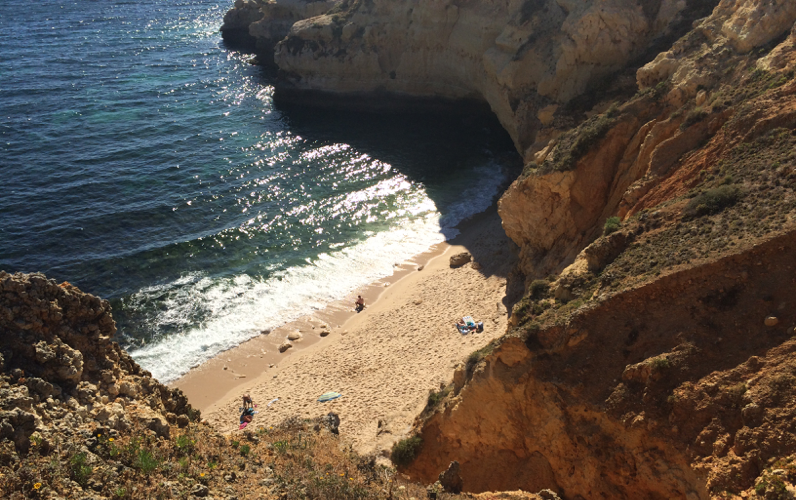 On the way to the beach is a short incline followed by a staircase that makes me think of the Great Wall of China with how it has been inset into the landscape. Beautiful. 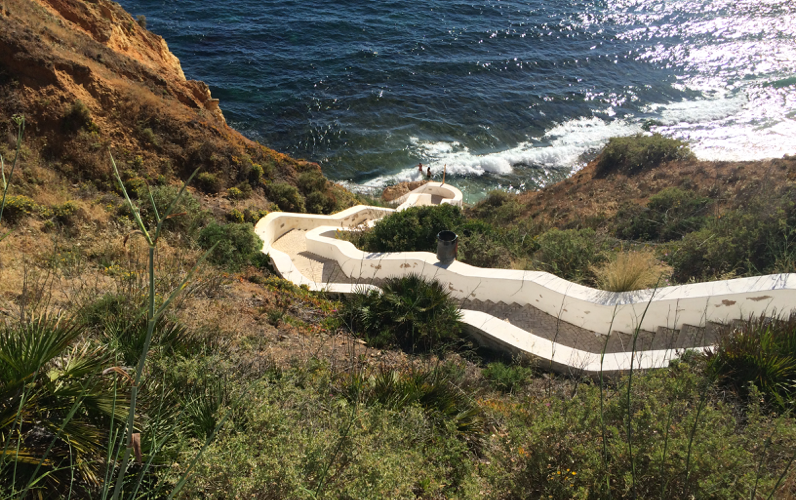 It is a quiet beach, in part due to the size of it and potentially the slight effort that it takes to get there, but I can assure you that it really is worth it. Plus, it’s always fun to say that I’ve been to paradise!

There are soooo many other things that I could write about. I haven’t even mentioned the ice creams, Casa Palmeiras, pastel de nata or how to get a free bottle of wine! Shocking right!? I guess you’ll have to wait for an upcoming podcast to hear more.