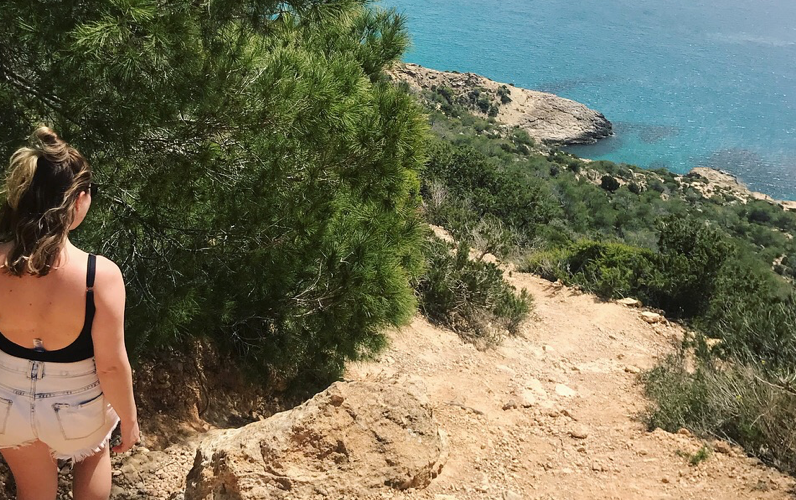 When I think of Ibiza the first thing that comes to mind is around the clock crazy parties, world-class DJs and tourists looking like the lobster they ate the night before. But there’s so much more to this gorgeous Catalonian Island off the coast of Barcelona. I recently went just before the party season kicked off and hands-down it was one of the most amazing weekends of my life.

If you want to chill for a couple of days in the Mediterranean sun while enjoying some amazing food and wine, book yourself a trip to Ibiza in late April.

A tranquil haven of caves, sea pools and rock formations, this hidden gem on the south-west of the island is not for the faint hearted. To get to the crystal clear blue sea pools you first need to either trek or abseil down a cliff face. I chose the first option and it took a good 30 minutes to get the bottom. But as the saying goes, it’s not the destination; it’s the journey that counts. On the way down, I couldn’t help but stop and admire the gigantic rock formations that dwarf you. When you get to the bottom, there are a number of different sea pools to take a dip. Or you can find yourself a comfy rock to perch on to rejuvenate in the fresh sea-air.

The trek back to the top of the cliff is quite challenging. Make sure you take plenty of water. It only took about 20 minutes to get back up, but according to my step tracker, it’s the equivalent of walking up 76 floors! I needed a large Jamón sandwich and freshly squeezed orange juice after that (followed by some sangria… let’s be honest!) 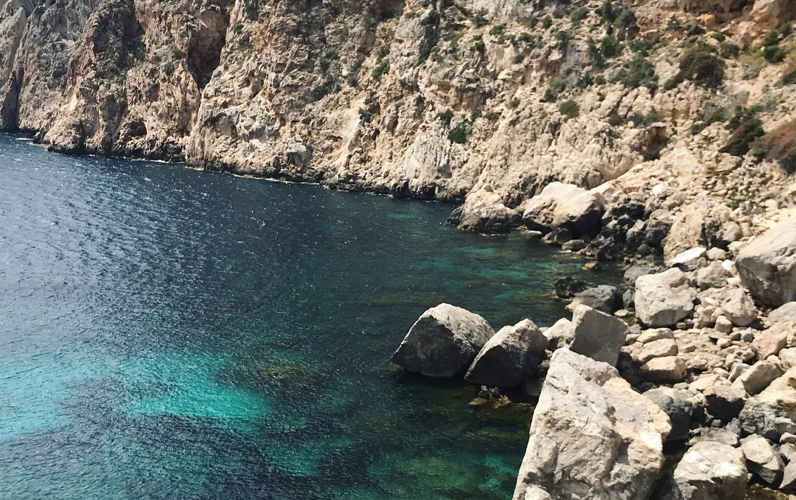 This is the perfect beach if you want some quiet time in the sun. This cove is only small and you need to drive there. But once you’re there you’ll feel like you’re a million miles away from anything that can cause you stress. While lying on the beach, be sure to appreciate the rock formations out at sea and see if you can spot a few sail boats. This is as much stimulation you’ll get on this hidden away beach.

Ibiza has many town squares to visit and enjoy the local produce. I visited Santa Gertudis which had a Spanish/Bohemian feel to it. Here you can buy lots of cool things for your home or sheik bohemian outfits. Think dream-catchers and crystals.

With its steep hills and narrow winding roads, this is definitely not the place you’d want to go to after a big night partying. It’s best to go here by foot, in comfy shoes. You can get lost in the narrow streets and find your way to The Battlements at the very top of the old city. There you’ll see panoramic views of the island and ocean.

You can also find some hidden treasures, including secret rooms that connected two towers during the Arab occupation and a number of museums with historical artefacts.

Like every touristic party location, Ibiza has an ample supply of fried chicken, burgers and cheap pizza shops to cure the hangover of all hangovers. But it also has the freshest, tastiest authentic Spanish food, sourced by local produce and made with love by traditional Spanish chefs. Plus, with it being a tropical Island, the fish is incredible.

The DJs were yet to arrive when I visited Ibiza, so instead of dancing the night away I found myself having very long dinners, picking at the olives, sipping on crispy white wine and watching the Spanish football with the locals. 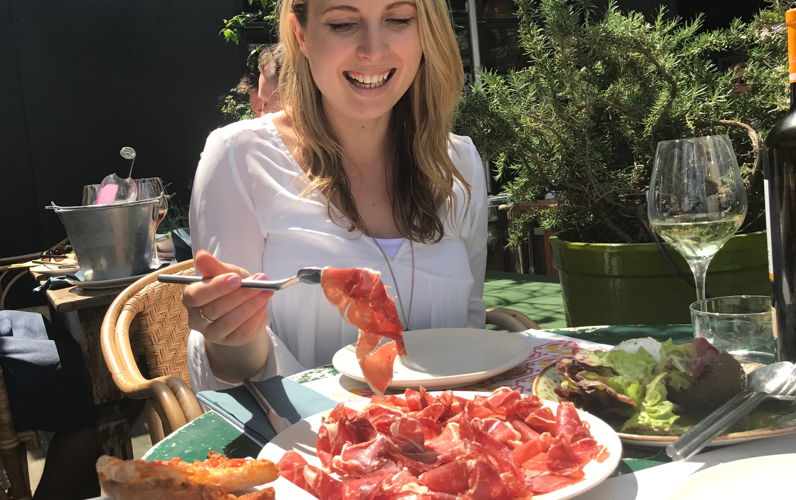 Final thought: If you’re looking for a relaxing beach weekend away, head to Ibiza in late April, just before the party season kicks off. You’ll get all the benefits of a beautiful Spanish island, without the banging music and party-goers.